This is first in a series about the sentient species we meet in Farscape the original series. Farscape Leviathans.

The first alien species we meet in Farscape is a leviathan. We don’t, of course, realize it because we see a spaceship. How were we to know that a spaceship could be a living ship? That’s why I start this series beginning with our first alien. The problem, is that we know so little about the leviathans, less than any species of any major character. And yes, Moya is a major character. But we never hear from Moya; she only communicates with Pilot.

What do we learn about leviathans in the original series? We learn in “Premier” that a leviathan is alive, but a different kind of life form. <Zhaan description >

We know that leviathans and pilots are bonded together for life. [covenant clip]


As much as I could, I covered the pilot side of that covenant in my video on our Pilot. We know that a pilot surrenders all else to bond with a leviathan.  The pilots get to see the stars. What the leviathans get out of it we don’t know, except for a sense of fulfillment [we are most fulfilled clips]

When a leviathan and pilot bond, the relationship does seem to be similar to that of a horse and rider. The bond is emotional and physical, but the pilot does seem to be in benevolent charge and the leviathan is a willing servant. [every leviathan grows clip]

The complete mystery is how this symbiotic relationship came to be in the first place, and how any pilot comes to be bonded to a leviathan. The leviathans live in space and pilots come from the planet Doien and have no other means of getting into space. 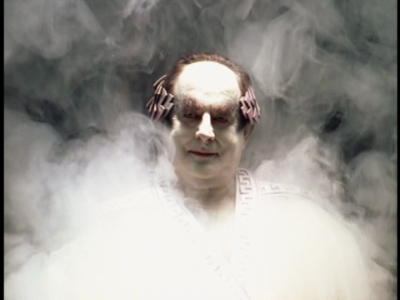 The genesis of leviathans is partially explained in this exchange between Zhaan and Kahaynu.

[We gave her a soul]

Whoever and whatever the Builders are, these god-like beings made the leviathans what they are by giving machines intelligence, a soul, and we can infer, a purpose.

That the Builders bio-engineered leviathans helps explain the multiple imponderables of these unique beings. How can it be that there’s this living being so well suited to carry cargo and passengers? Moya is no luxury cruise ship, but one can comfortably live on her for extended periods, as we see. The life support systems on Moya are not for her, but for her passengers. Actually, most of the features of a leviathan benefit passengers, not the leviathan. For example, the transport pods, which are of no benefit to the leviathan, but essential for passengers. A leviathan builds as many transport pods as is needed for the passengers aboard. The transport pods are built of the leviathan’s own elements, but aren’t alive. They are normal spaceships.

The DRDs are also built by the leviathan as needed. In my video on the DRDs I said that it is not entirely clear if DRDs are alive like Moya is, or just mechanical. The DRDs probably are only machines but they do have semblances of personalities, most notably 1812, and other features of being alive such as the desire for self-preservation. [door closed clip] DRDs can respond to the commands of passengers, but their main function is maintenance and repair of the leviathan’s living systems. 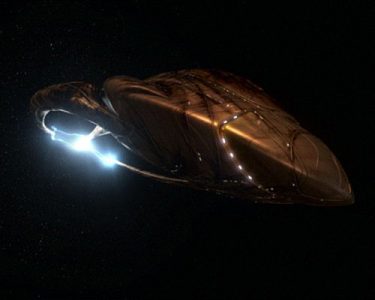 And then there’s starburst? [Pilot explaining ] Talk about evidence of design. The Builders gifted these weaponless creatures with a unique means of defense and one that comes in very handy for its passengers.

Farscape leviathans are self-sufficient sentient animals that are purpose-built to carry passengers. And designed to accommodate its passenger’s needs. But why? Kahaynu says they created leviathans as emissaries of peace. Beyond that, we never learn what they intended their creations to do.

There isn’t much to go on, but we can imagine leviathans roaming free across space. They don’t have a civilization as we understand it, but they are intelligent, ethical beings. What leviathans do when they aren’t used and abused by Peacekeepers is a mystery. How are leviathans communicate with each other? Where do they live? What do they do before being bonded with a pilot? How do they mate and bear children? Yes, we see Talyn being born, but that is not a normal birth.

Farscape Leviathans do have a sacred burial ground so they have a culture with beliefs and rituals of which we know next to nothing. Leviathans think, feel, have joys and pains, but these gentle beasts remain to us a mystery. Wouldn’t it be wonderful for Farscape to continue and tell us more about these beings?