Poll: Which Ben Do You Prefer? » Farscape Continues Skip to content

Poll: Which Ben Do You Prefer?

In: People
Tagged: Behind the Scenes, Crichton
With: 11 Comments

Poll: Which Ben Browder Look Do You Prefer? 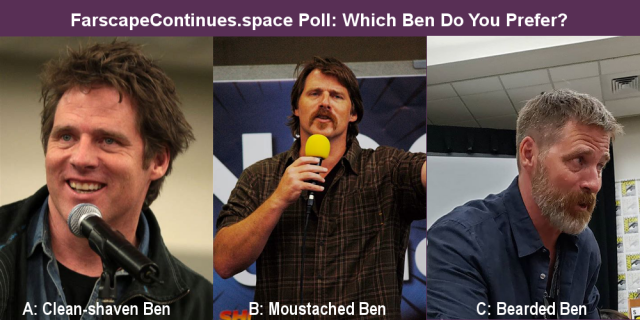 Let us know your thoughts below.

Certainly, there has been a bit of evolution of Ben’s appearance. The mustache (or moustache if you are British or Australian) did not appear until his role in a Doctor Who epsiode. He has been seen increasingly in a beard in recent years, though fans will remember the two episodes of Farscape the original series in which he sported a beard. Hmm…. seems a bit more gray in the beard now.