In: The Show
Tagged: Behind the Scenes
With: 0 Comments 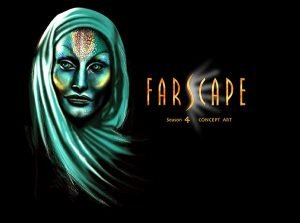 The site is an old and probably abandoned art display page from Farscape concept artist, Tariq Raheem. Followers of Farscape will enjoy browsing through the drawings Tariq shared.It is a good reminder of the reality that CGI special effects require far more than computer algorithms, and graphic techs. Special effects also requires artists to set forth creative visions. The writers and producers have general ideas about how they want characters and sets to appear. Then they ask concept artists like Tariq to sketch up some prototypes. The Farscape art showed here are some of those prototypes.

Many of the drawings followers of Farscape will recognize as being brought to life in episodes, but others never did. Just think about how much art is created by talented people that never gets seen outside the production meetings. The production staff discusses which prototypes to try to bring to life. Not all of those attempts work–some are discarded because of difficulties in making them reality or they do not look as good outside of the drawing board. It is understandable why a show and its concept artists would not share their unused art, but we are lucky to have this small glimpse at the art that contributed to the making of the show.

If anyone knows of other Farscape art that was used in pre-production or production, please let me know. I am happy to post links to it. Thanks.