In: The Show
Tagged: Crichton
With: 0 Comments
#FarscapeNow! Spread the love for Farscape Continues:

We know him as John Crichton, an astronaut, but before he got shot through a wormhole, he was Dr. Crichton. As shown here: 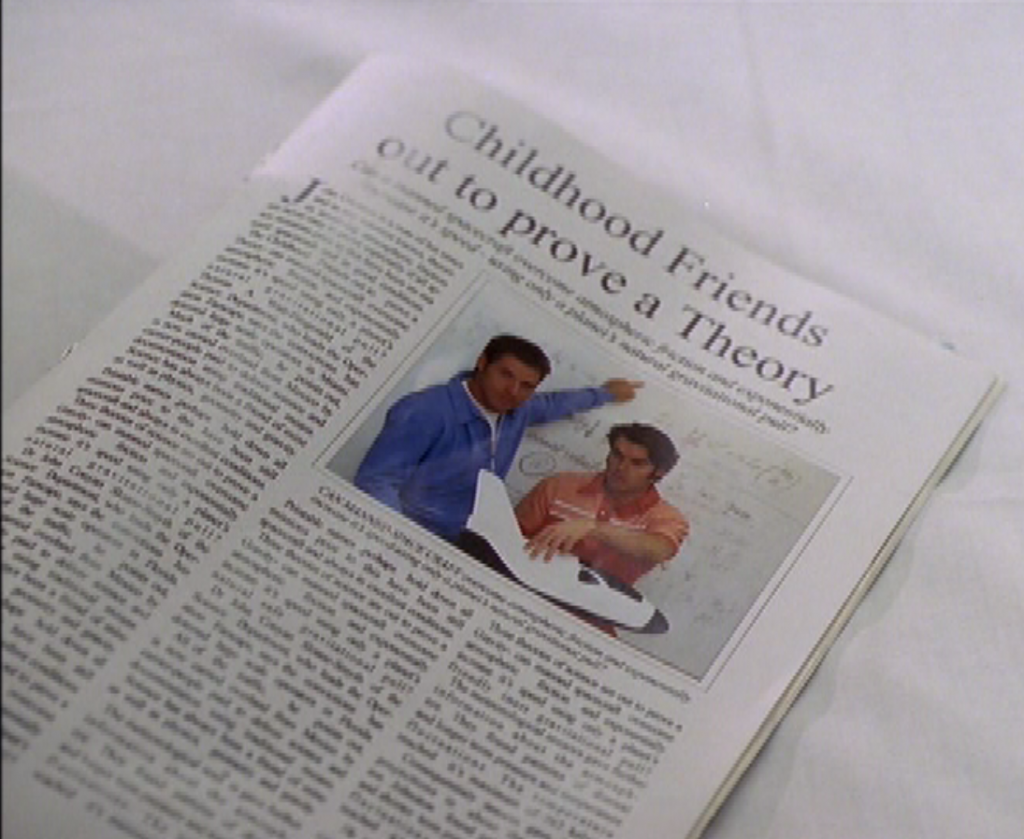 This is 20 seconds into “Premiere” (1-01). In the middle of both columns one and two of the fake news story, you can just barely make out “Dr. John Crichton.” This would be the only time in the whole series he is referred to as Dr. Crichton even though it makes sense that he earned a PhD in astrophysics. Of course, degrees, even PhDs, do not transfer to the Uncharted Territories so his companions don’t care about his title. More’s the pity.